Changing Xbox One Headset to Plug

The new headset that comes with the Xbox One is pretty terrible, and I’d much rather use the existing headset I already had. Unfortunately Microsoft decided to hardwire the headset into the adapter that plugs into their new proprietary port as well. To fix this, I swapped the headset piece on the adapter with a simple 2.5mm plug so I can use any headset I want.

First you will need to remove the bottom plastic case from the adapter. It just pulls off if you grab the edge where the top and bottom halves meet. Once inside you will need a T5 or a T6 (mine was T6, another was T5, go figure) Torx driver to remove the 5 screws here: 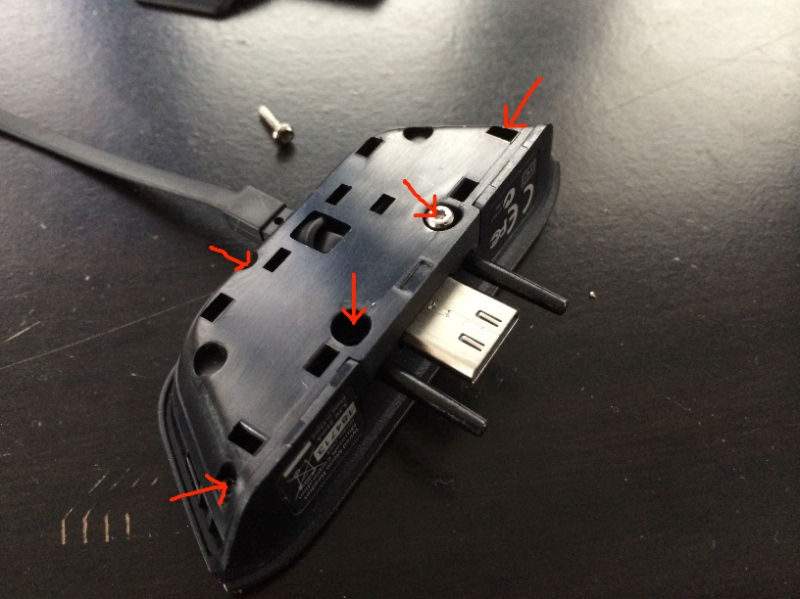 Once those are out you can separate the two halves and get to the PCB. Be careful of the wires as they are still attached to one half of the adapter via the strain relief. You will need to pull that out of its clip.

Desolder the 4 wires attaching the headset to the adapter carefully. You will then need to find an appropriate 2.5mm cable you can sacrifice. Strip the jacket off it and you should have three wires. Generally these are red, blue and a bare ground. If you have different colors, use a meter to figure out which is which as this depends on you having the standard colors. These are probably 30AWG wiring as well which horrible coatings so generally the quickest way to strip the coating off is a lighter to burn it off. Clean off the ends and tin them with solder to make attaching them easier.

With the proprietary jack facing to the left, top to bottom the wiring is:

See the (blurry, sorry) photo below for reference: 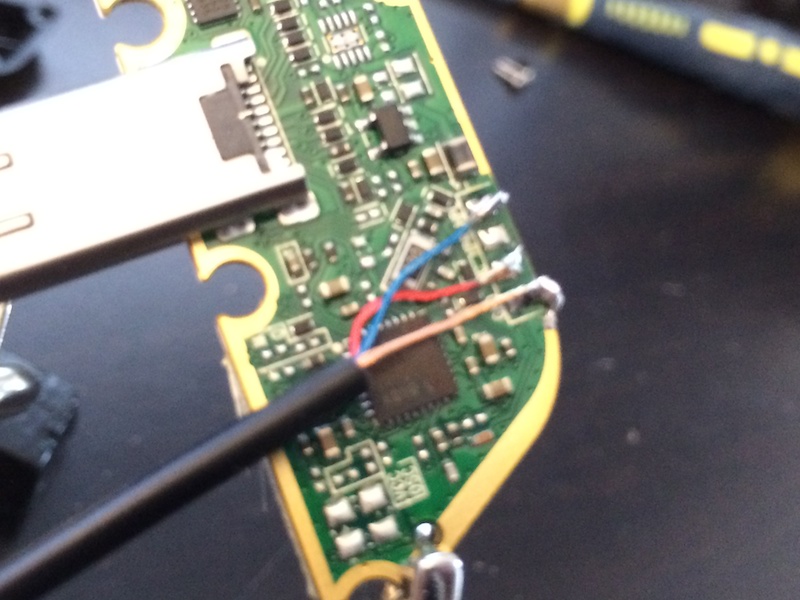 I used some hot glue to hold things down properly since the strain relief was no longer in place and then snapped it all back together.

The mute and volume controls will continue to function but you can now use your own headset.